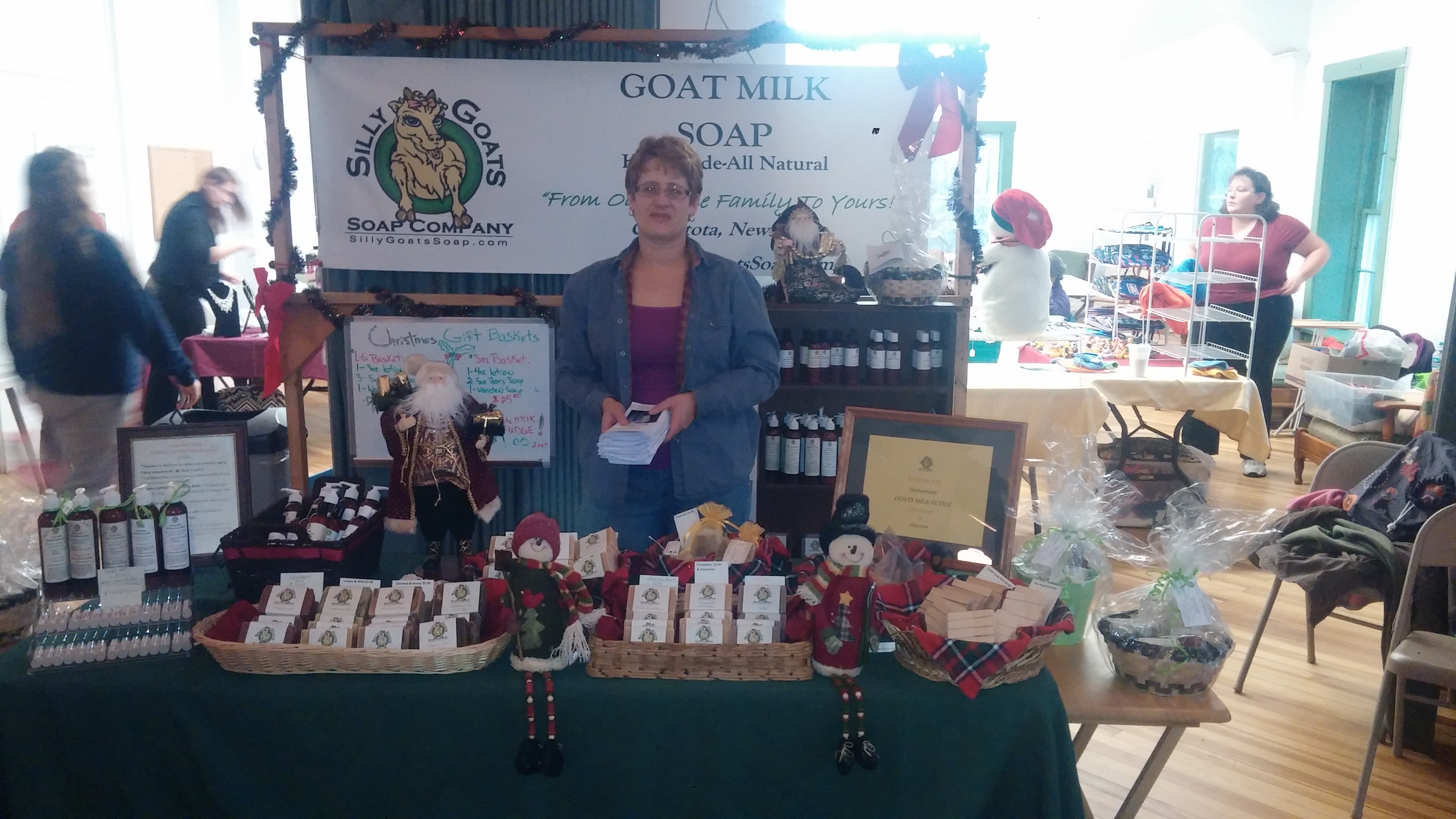 VERONA >> Community Day event organizers say the event at Vernon-Verona-Sherrill High School was a great success, and are looking forward to Community Day 2015, slated for Oct. 18, 2015.

By noon Sunday, parking was scarce at the sixth annual VVS Community Day, which kicked off at 10 a.m. at the school with the raising of the American flag in honor of World War II veteran Leon Paul Walrath. The flag was donated by his daughter Fay Eastwood.

The halls in the school were packed with food vendors, student groups, health-care professionals, fire departments and other community groups. There were more than 180 different organizations participating. Throughout the day, there were demonstrations at a variety of booths on subjects including kitchen safety, robotics, 3D printing, fire safety, bike safety and a job fair.

Participating in the unveiling was VVS FFA President Mackenzie Nicol, 17, who is in her senior year at the school. She said the bank branch is not just for students but the community as well, and would be particularly helpful for student groups who conduct business, such as the VVS FFA who routinely sell maple syrup and other maple products throughout the year.

Nicol said her FFA chapter was one of the first customers to open an account at the new branch, and thought being involved in a bank was a great way for students to learn more about banking.

Nicol also said the Community Day event as a whole is “very educational” and liked seeing people from beyond the VVS community come to the building-wide event.

Among them were Tom and J’Nell Geer of Goatchard Farms, www.goatchardfarms.com. Recently, the Geers, of Vernon, were the subject of the Your Neighbor feature found each week in the Oneida Daily Dispatch. Read their story here: http://www.oneidadispatch.com/general-news/20141018/your-neighbor-tom-and-jnell-geer-of-goatchard-farms-specialize-in-homemade-products

On Sunday, the Geers, who create homemade household and health products such as room and body sprays, soaps and lip balms, said this was their first year as vendors and that they were happy with the large crowds that filtered through the building.

The Shaefers officially launched their goat milk soap and lotion line in July and say they welcome any opportunity to get their products seen.

Jolene Cleaver is a staff writer at the Oneida Dispatch. Her coverage focuses on crime, government and community events. Reach the author at jcleaver@oneidadispatch.com .